Welcome to Narnia, the levy, and the hernia

Things are running behind in the pottery area and I'm just going with it.  It started with the levy. No, it started when the Local Artists Show was cancelled. No, it started because we are trying to fix up the house for the eventuality of downsizing.

Ivin has been doing most of this downsizing work by himself. Then a levy to build a new school, concentrating all the grades in one area- basically across the street from us with the possibility of taking part of our front yard as a turning lane, was going on the ballot. So when the LAS show was cancelled, rather than applying for another, I became motivated to dive into the fixer upper business.

My first move was to fix up a guest bedroom- the former drum, um, studio/mancave which used to be our son's bedroom. In the meantime we've had a queen size bed, aka shin knocker, in the smallest bedroom which is smaller than a lot of people's bathrooms.  So logically, the bed should be moved to the larger former drum studio/mancave/empty nest bedroom.  Also logically, I thought I should clean some stuff out of that room first.  Welcome to Narnia, the black hole, or diagraming sentences in Mrs. Middendorf's 10nth grade English class.  Was it Middendorf or Middledorf?

The experience brought back a memory of the interminably long sentence Mrs. Middendorf (?) assigned me to decode on the black board.  Not that I remember the sentence, but I remember that the compound something or other stretched the entire 3 blackboards while I worked with the class looking on behind me.  I'm pretty sure they were in awe or maybe just glad it was me, not them. This was like that, without the awe.  The books, the vintage clothing, but especially the frames- I had some frames stored in one of the closets.  While pondering what to do with them I decided to look at some artwork sitting in my own closet which I had put off framing. So now I had a new crusade: get this stuff framed. This meant some frames needed painted, then a trip to the craft supply store for backing board, then there was artwork that I couldn't match up with a frame, so might as well go out and buy new ones.  Yes.  That was a couple of trips.  Then there was a painting I did in college.  I made the frame for that.  You could tell.  I'm not going to go into this one except to say it involved grinding glass- me grinding glass.
This is Michelle with a new, improved frame. Oil pastel and oil paint on paper. She was one of several people at school who sat for me. I can find several things about it that I wish I had done differently, but still like it- obviously since I've kept it all these years. 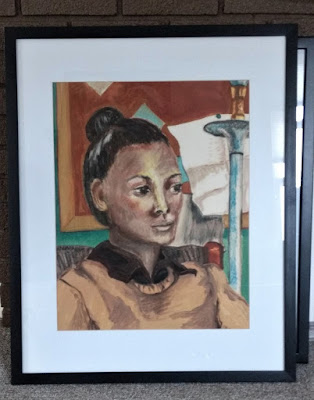 I haven't actually hung any of the newly framed/re-framed art, and there is still some WWI and WWII music I thought would be cool to frame (belonged to mother and grandmother), but was sidetracked by The Hernia.

The Hernia and I have been co-existing for several years.  It was annoying, but manageable, then eventually became more annoying and less manageable- to the point where I scheduled an appointment to talk about surgery.  Tip:  I found out you can move up an appointment by several weeks when you find yourself in the emergency room!  I managed to avoid emergency surgery, but got that hernia situation taken care of in outpatient surgery about a week later.  Glad that's done, but it very much slowed me down.

In the meantime, the school levy to consolidate all the grades in our front yard did not pass, so I'm slacking in the house fixer upper area, and working more on getting pre-hernia surgery work glazed and fired.  I always seem to be running behind this time of year, but this time I have to accept that I am running behind and not catching up.

This chickadee cairn is flying away to Texas.  It is almost certain that I will not have time to make anymore cairns before Christmas.  I have a couple of crows made, and some rocks, but they are greenware at this point.  Though I enjoy making these, the whole forming, drying, bisque firing, glazing, glaze firing, putting togethering, is quite time intensive. 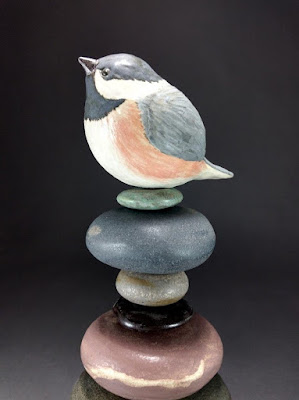 Thank you to Tom Fagan for opening the market building so I could get little birdie on its way to Texas in good time for Christmas! 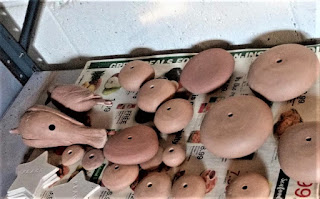 While loading the kiln I found two mugs on the shelf near the kiln I forgot were there.  I like the contrast of white slip on the dark clay and added a little pattern with colored slip (the blue on right mug is very faint).  I was experimenting with shapes and have some roundish mugs in this style in a glaze firing right now.  The pictures I want to apply to those mugs will require yet another firing which isn't looking so likely to happen before Christmas, unfortunately. 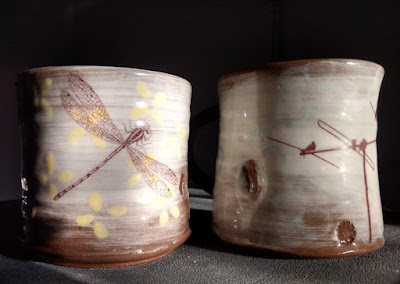 Firing done, just unloaded the kiln this morning.  For the gardener there are a couple of toad houses.  One on left comes with a mouse and has shiplap!  One on right has a thatched roof and a bit of floral stenciling on the side. 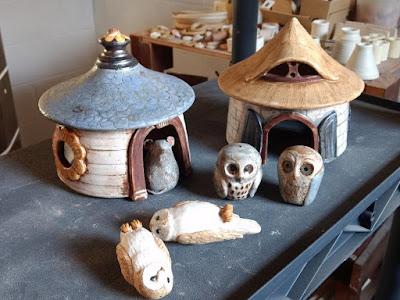 The owl ornaments will have branch perches (real wood) and will be wired to hang.  I have a few things at Riverside Artists Gallery as a guest artist and may bring one of the toad houses, and perhaps one or two other items to the gallery before the weekend.  They are holding an open house on Saturday, the 14nth. 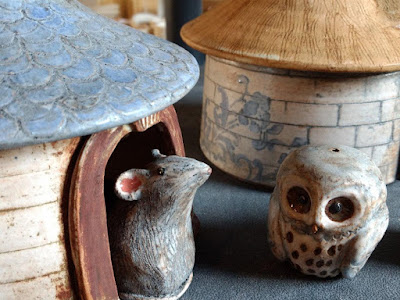 The rest will go to River City Farmer's Market. 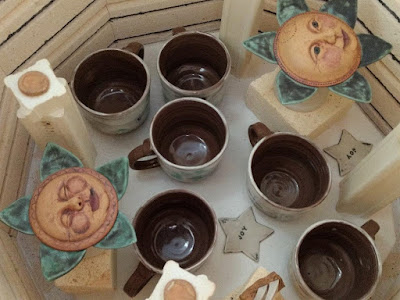 Another gardener gift possibility, these flower children will come with metal rods to push in the ground.  Definitely for the gardener who is looking forward to summer! 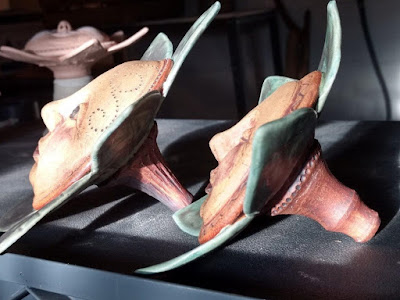 Pictures from a recent hike on the trails back behind the community college near our house. We are lucky to live near several trails. 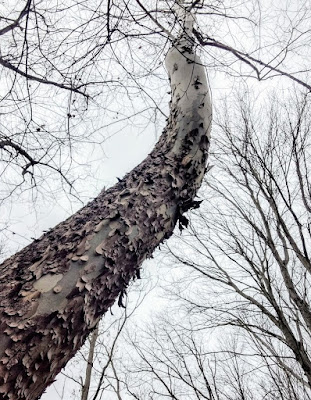 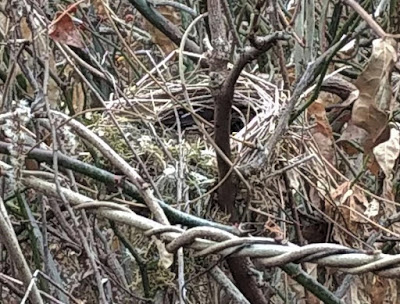 Wishing everyone a safe and happy holiday!
Posted by Melissa Rohrer